Ubiquitous in Japan, Morisawa typefaces appear in diverse contexts from corporate marketing and branding to airport and station signage. Quite a few of these Japanese typefaces are practical and easy to read, and the design of many Latin typefaces matches them well.
Get your message across not only in the familiar Latin alphabet but also in Greek and Cyrillic scripts.* Your projects can be global in reach yet unified in appearance.
Many design options are also available, applying the insight of language-specific type directors and prominent designers. For each script, you can communicate and accurately convey your message in ways attuned to local cultures and trends.

Clarimo UD PE contains the Morisawa original pan-European character set that supports Latin, Cyrillic, Greek, and Vietnamese. It comes in eight weights from Extra Light to Ultra Heavy and can be used in various applications from body text to signage.

Influenced by the early 20th-century metal types, Citrine is a soft and retro humanistic sans serif with a touch of geometry. Since it is designed to be used with the Japanese type A1 Gothic sans serif, it shares the same characteristics as A1 Gothic, such as ink spread and rounded corners.

A simple humanist sans serif with a warm tone

Sharoa Pro is a humanist sans serif type characterized by clear elements and slightly wider counters. It comes in ten weights with a wealth of OpenType features, including small caps and numerals, making it suitable for setting long texts. Since the Latin alphabet of Aoto Gothic is based on Sharoa Pro, both typefaces work well together in bilingual typesetting.

Lutes UD PE, a low-contrast serif typeface with a clean and clear look, is designed for use on digital devices. It supports 151 languages and contains not only the Latin alphabet, but also Cyrillic, Greek, and Vietnamese characters. It covers more languages when used with the multilingual UD Reimin serif type family.

The Role superfamily encompasses the four classes of Serif, Sans, Slab, and Soft, each in up to nine weights and three optical sizes for text, display, and banner.

Building on a shared core identity of integrity with a sense of stability, all Role styles deftly convey the tone and character of their class: Serif is elegant, Sans is clean, Slab is authoritative, and Soft is friendly.

A closer look at Role

Production was led by international type designer Matthew Carter and drew on the skills of Kunihiko Okano of Shotype Design and a team of four Latin type designers at Morisawa formed for this project. Role was chosen as the typeface for Print, a U.S.-based online community and magazine on visual culture.

From grand, striking headline type to basic, versatile typefaces, a spectrum of compelling choices awaits you.

Occupant Fonts is a type foundry led by designer Cyrus Highsmith. The eclectic and captivating Occupant Fonts library enjoys a large user base around the world. 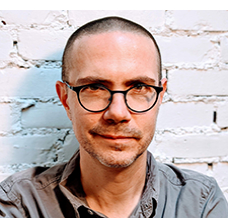 Cyrus Highsmith is a letter drawer, teacher, author and graphic artist. He has designed dozens of original typefaces and served as senior designer at Font Bureau for many years. He teaches type design at Rhode Island School of Design. He wrote and illustrated the acclaimed primer, “Inside Paragraphs: Typographic Fundamentals.”

In 2015, he received the Gerrit Noordzij Prize for extraordinary contributions to the fields of type design, typography and type education. That same year, he founded Occupant LLC, which includes both Occupant Press and Occupant Fonts.

Morisawa Providence Drawing Office was established in 2017 as a center for Latin type development in the United States. Here, we work talented designers on efficient yet uncompromising type development.

Morisawa can meet your needs whether you are combining Japanese and Western typography, looking for suitable typefaces for specific purposes, or choosing a licensing option for your budget.

Web and desktop fonts are available for purchase online.